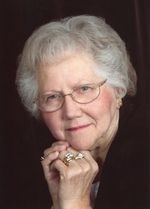 “Marvelous” was her most used word and it was used exclusively to describe her grandchildren Roy, Julie, Matthew, Rebecca, Kathleen, Brandon, Mason, John, and Weslye, and her great grandchildren Cline, Avree, and Sydney. They are her legacy to the world.

Jean graduated from Glynn Academy, Brunswick, Georgia, Sangamon State University, and Garrett-Evangelical Theological Seminary. She was an ordained member in the Illinois Great Rivers Conference of the United Methodist Church, and pastored congregations in Illinois and Indiana. Prior to ministry, she was an accountant and auditor in business and government.

A private service will be conducted by the Reverend Jenothy Rather of the Grace United Methodist Church in Franklin. A memorial service will be held at a later date in the Wright Chapel at the Franklin United Methodist Community. Memorial contributions may be made to the Camping Scholarships of Grace United Methodist Church, 1300 East Adams Drive, Franklin, Indiana 46131. Swartz Family Community Mortuary And Memorial Center in Franklin is handling the arrangements. Online condolences may be sent to the family at: www.swartzmortuary.com. Information: 738-0202