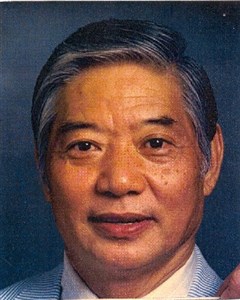 In Taiwan, he earned a Bachelor's degree in Divinity from Taiwan Baptist Theological Seminary in 1956. After sensing a calling from God to minister among college students, in 1957 he founded the Campus Evangelical Fellowship.

In 1962, he went to Sydney, Australia to pursue a Master's degree in Theology at N.S.W Baptist Theological Seminary. While there he led campus fellowship groups in both Australia and New Zealand.

He moved to the United States in 1966 and in 1967, he received a Master's degree in Divinity from Golden Gate Baptist Seminary in California. He pastored several Chinese churches in California between 1967 and 1978.

In 1978, he moved to Urbana, Illinois to help the student fellowship groups at University of Illinois, and later he pastored three United Methodist churches in Southern Illinois.

After retiring from the United Methodist Church in 1988, he returned to San Francisco. Keeping a base in San Francisco, he started making missionary trips to various cities in China in the early 90's. In the late 90's and through 2008, he spent most of his time in Moscow (Russia), Tokmak (Kyrgyzstan), Kwenming and Xian (China) helping Christians and local churches. He suffered a stroke on his last trip to Xian in 2009. He returned to the States in 2010.

Reverend Cha was predeceased by his parents, one sister and two brothers. He is survived by one brother Daniel in Taiwan; his wife of 60 years, Sarah; one daughter Anna (Mitchell Lin); one son Stephen (Ruth Yen); one granddaughter Esther Samantha (Josh Tempel); many nephews and nieces.

Visitation will be held Saturday July 16th from 9:00 to 11:00 AM at Mahn Family Funeral Home, Rochester Chapel. Memorial and Interment services will take place at Skylawn Memorial Park in San Mateo, CA.