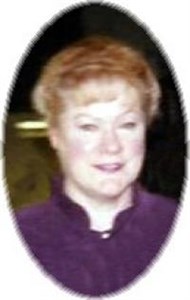 Pamela S. Reed, 61, of rural Farmington, went home to be with her Lord at 3:44 a.m. on Sunday, November 11, 2012, at the Methodist Medical Center in Peoria. She was born in Des Moines, Iowa, the 4th child of William and Oma Mae (Shipley) Rhoads. She graduated from North High School in Des Moines. Pam married Rick Behanish and they had one child, Tracy Lynn. She pursued a career in nursing, having worked at some of the hospitals in Des Moines as a CNA and Unit Secretary. She later married Pastor James Reed on June 12, 1993 at the Farmington United Methodist Church. She assisted her husband in the ministry as they served at 3 United Methodist Churches.
Pam was preceded in death by her parents and daughter, Tracy McFarlin. Survivors include her husband of 19 years, and 2 children, Barry (Christi) Reed of Macomb and Kristie (Jeremy) Sparling of Peoria. She has 5 grandchildren, Erika, Jakob, and Keely McFarlin of Polk City, Iowa, and Gavin and Cooper Reed of Macomb. All her siblings survive including 3 sisters, Cherie (Jerry) Corder of Seattle, Washington, Debbie (Mike) Potts of Leon, Iowa, and Nannette (Dan) Bulger of Marion, Iowa, and 2 brothers, Ronnie and David Rhoads of Des Moines.
Services will be held at the United Methodist Church in Farmington, with the funeral service on Friday, November 16, at 11 a.m. and visitation on Thursday, November 15, from 4-7 p.m. at the church. Pastors Fred and Darlene Reiner will officiate. Cremation rites will be accorded following services, with burial of her ashes at the French Grove Cemetery in Peoria County at a later date.
Memorials can be made to the Pamela Reed Education Fund for her 5 grandchildren.
Oaks-Hines Funeral Home in Canton is in charge of arrangements.
To leave online condolences, please visit www.oakshinesfuneralhome.com