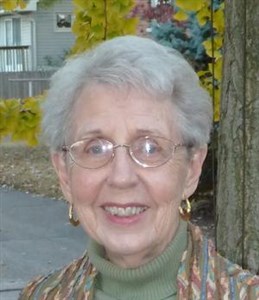 Frances worked at the White County Courthouse, as a secretary at Carmi High School and later, after her three daughters were grown, worked as the Society Editor of the Carmi Times and as Secretary of the Robinson First United Methodist Church.

Frances was a long time community volunteer serving as a Girl Scout Leader, and Brownie Troop Leader. For many years she acted as the Youth Choir Director and Adult Choir Director at Carmi Emmanuel Methodist Church directing and creating musical productions for the youth and community. She was a member of the Carmi League of Arts and was honored as the 1976 Beta Sigma Phi Carmi Woman of the Year.

For the past 27 years, she supported her husband Bill in his ministry of three White County churches - Big Prairie, Concord and Maunie. Of all of the roles Frances had in life, her most important and the one she cherished most was that of mother.

Frances loved to cook and was known for her famous Moravian sugar cake she made for friends and neighbors during the holidays. She delighted in her music and in anything surrounding her children and her grandson. She was a selfless and faithful soul and will be greatly missed.

Frances was preceded in death by her parents and brother, Luther Aud.

Visitation will be held from 5 until 8 p.m. Tuesday, Feb. 21, at Carmi Emmanuel Methodist Church in Carmi. Funeral services are at the church at 10 a.m. on Wednesday, Feb. 22.

Memorials can be made to the Carmi League of Arts. Stendeback Family Funeral Home of Carmi is in charge of arrangements. Online condolences may be left at kittinger-fairfuneralhome.com