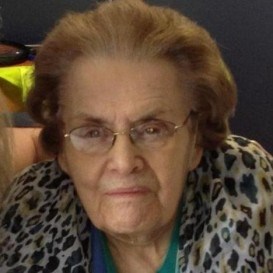 Doris Jean Davidson Semingson passed away on August 7, 2012 at age 86. Doris was born and raised in Salem, IL. She attended Bob Jones University where she met Marshall Semingson. They were married on June 11, 1952. This began their journey of over 50 years of service in ministry with the United Methodist Church. Doris was the epitome of a minister's wife. She was a great compliment to Marshall as the conversationalist. She willingly served on many United Methodist boards throughout her life while raising four children. She was a genuine listener to many hurting souls and gave comfort to those around her. Doris was a blessing to everyone who knew her with her quick wit and laughter. Even during her last months she was always concerned about family and friends stating she was praying for us. Doris was a wonderful wife, mother, grandmother and great grandmother. She will live forever in our hearts. Preceded in death by her parents, Louie and Jessie Davidson. She is survived by her husband, Rev. Marshall R. Semingson; children, Mark Semingson (Janis), Mary Ann Semingson, Susan Fish (Todd), John Semingson (Keith Cole); six grandchildren; eight great grandchildren; and brother, Don Davidson (Joan). A memorial service will be held Friday, August 10th, at 11 a.m. Westminster Presbyterian Church in Nashville with Rev. Carson Salyer officiating. A reception will follow the service at the church. Doris will be buried in Salem, IL. Please sign online guestbook at AustinFuneralService.com