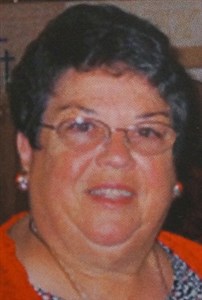 Mary Margaret “Meme” McCarter, 67, of Peoria, passed away at 3:12 p.m. on Saturday, March 30, 2013, at OSF St. Francis Medical Center in Peoria.
Memorial services will be at 11 a.m. on Saturday, April 6, 2013, at First United Methodist Church, 700 Main Street in Peoria, with the Rev. Eric Swanson officiating. Visitation will be one hour prior to services at the church.
Mary was born on November 12, 1945 in Mt. Vernon, a daughter of George Melvin and Grace Eleanor (Mayer) McCarter. They preceded her in death. She married Pastor Rodney Herrick in Colfax on December 28, 1985. He survives.
She is also survived by her step-mother, Judie McCarter of Palestine; sister, Johanna (Dick) McCarty of Hillsboro; step-sister, Leslie (Rob) Stark of Palestine; devoted mother-in-law, Mary Herrick of Peoria; sisters-in-law, Sarah “Sally” (Boyd) Christy and Marylee (John) Nunley, all of Peoria; eleven nieces and nephews; twenty-five great nieces and nephews; two step-aunts; and many cousins and friends.
Mary graduated from Palestine High School in 1963. She accepted Christ as her savior at an early age at Pleasant View United Church of Christ and was baptized in the Wabash River in Palestine. She remained active in church activities her entire life.
She graduated from Eastern Illinois University with a Bachelor Degree in Theatre Arts, with a minor in English. She taught at Colfax/Ridgeview High School for thirty-three years. After her marriage, she filled the many duties as a pastor’s wife, assisting Rodney at the various churches he served. She was later employed by the U of I Extension Office in Shelbyville, when they were called to serve the Cowden and Lakewood Methodist Churches. Wherever she was, and whatever the task, she was always the teacher and had a passion for the job at hand.
After a stroke in 2008, she inspired many with her determination and continuing zest for life. She participated with Chime Strokers, sharing her musical gifts.
Memorial contributions may be made in Mary’s memory to the Retreat & Refresh Stroke Camp in Peoria Heights.
Funeral arrangements have been entrusted to Clary Funeral Home, 3004 West Lake Avenue, in Peoria.