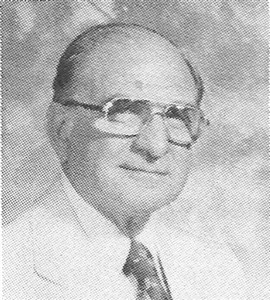 The Rev. Ronald James Winsor, 96, of St. Charles, passed away Thursday, May 9, 2013, at Michealsen Health Care Center in Batavia. He was born Oct. 1, 1916, on the family farm in Morris, the son of Clarence Ray and Georgia Belle (nee Aker) Winsor. He was united in marriage to Arlette Mae Brown Sept. 9, 1944, in Marseilles.

Ronald began his studies at Blackburn College, Illinois Wesleyan and Garrett-Evangelical Theological Seminary. During his theological studies, he served churches in Reddick, Essex and South Wilmington. Following his graduation and ordination, he served Wyoming, Hopedale, Mackinaw, Piper City, then Tonica and Orion, being his longest before retiring from Chatham.

Following his retirement in 1980, he moved to St. Charles to be closer to family and grandchildren, which were so important to him. The Rev. Winsor was always more than just a pastor. He served his community as a Lions Club member while in Chatham and joined the St. Charles Rotary Club, becoming a Paul Harris Fellow, during his retirement. Ronald loved to learn and read; he had a wonderful mind for engineering and enjoyed science. He kept himself busy during retirement researching family genealogy, and doing photography or woodworking. He had been a resident of the Holmstad Retirement Community in Batavia for the past nine years.

In addition to his parents, he was preceded in death by his wife, Arlette Mae; a daughter, Janet Ruth Winsor; a son, James Ronald Winsor; two brothers, Gordon and Lyle Winsor; and a sister, Alice Peterson.