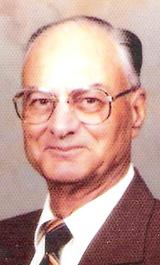 Carroll married Mary Louise Meeks on June 3, 1934, in Kingman, Kan., and they celebrated 79 years of married life together.

He was employed in the oil fields by Texaco Oil Co., from which he retired after 36 years of service.

Carroll and Mary moved to Illinois in 1938, taking up residence in Marion in 1982.

He was a member of the United Methodist Church in Creal Springs.

He was known as a loving husband, devoted father, grandfather, great-grandfather and great-great-grandfather, compassionate friend and a man of deep faith. He has left a five-generation legacy of family who will treasure his memory and strive to follow in his footsteps.

Carroll was preceded in death by his parents and his brother, Kenneth Milton Erwin.

Visitation will be held from 4 to 7 p.m. Friday, June 28, at the United Methodist Church in Creal Springs, followed by a service at 7 p.m.

A second visitation will be held from 11 a.m. until the time of the funeral service at 1 p.m. Saturday, June 29, at Gholson Funeral Home. Burial will be in Pleasant Grove Cemetery near McLeansboro.