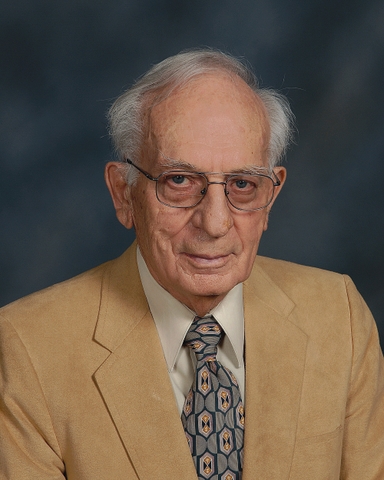 Wayne Clayton Hess 87 completed his earthly journey on August 12, 2013. He was the 10th of 12 children born to Katie and Milton Hess in Northwestern Illinois and grew to adulthood on a large farm where he came to appreciate open spaces, rolling hills, the changing of the seasons and the beauty of the nighttime sky. He learned early in life that much as he prized his upbringing on the farm, life was calling him to some other vocation.

His elementary education was in a one room school with the same teacher for the first seven grades. He took to education and early felt he should seek higher education. In his teen years, with the encouragement of his pastor, he felt the call to preach and looked forward to college. He became the first member of his family to go to college, a privilege for which he was thankful.

He graduated from Lanark, IL high school, received a B. A. degree from North Central College, a M. Div., from Evangelical Theological Seminary, both in Naperville, IL. He later received an honorary D. D. degree from Illinois Wesleyan University in Bloomington, IL.

He served the following parishes in Illinois: Davis-Rock City, North Northfield-Des Plaines and Moline. In 1969 he was elected Program Director of the Illinois Conference of the Evangelical United Brethren Church. After union of the E. U. B. Church and the Methodist Church, he served as a program counselor followed by 11 years as a District Superintendent.

He had the good fortune to be elected twice as a delegate to the General Conference of the Evangelical United Brethren Church and five General Conferences of the United Methodist Church. After retirement he accepted an appointment to a Methodist-Presbyterian Parish in Waiuku, New Zealand for one year. Two years later, he was invited back to New Zealand to serve as an interim pastor for 3 months in an Auckland suburb. He spoke of these experiences as “frosting on the cake!”

His life was enriched through travel, photography, writing, Scrabble, and cross word puzzles. Interpretation of the mission work of the church through illustrated presentations of his travel in Japan, Africa and the Middle East were shared with many congregations. He was a member of the Franklin Rotary Club.

After retirement he devoted himself to genealogy, writing stories for his grandchildren of life on a farm in pre-electricity days during the depression. He was a member of a writers group at the United Methodist Community in Franklin, IN.

Surviving is June, his loving wife of more than 60 years, who shared her musical talent in their ministry and his caregiver since 2006. Also surviving, daughter Linda (Charlie) Driggers, Stanford, IL; son, Jonathan (Jody) and grandchildren Catherine, Claudia and Christian Hess. In addition, sisters Mary Moran, Prescott, AZ and Gladys Lindsay, Rockford, IL; and brother, Harold, Byron,IL survive as well as many nieces and nephews. He was pre-deceased by his parents, a son David and 8 brothers and sisters.

His body was donated to Indiana University School of Medicine.

Two Memorial Services will be held: