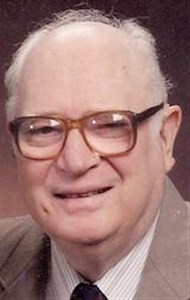 He married Phyllis Nelson on Nov. 24, 1945, three years after they graduated from the Illinois School for the Deaf in Jacksonville.

Bert was a farmer, working with his father for many years before entering into the ministry to the deaf. He graduated from Central Bible College in Springfield, Mo. He loved serving the Lord, but, regretfully, he had to retire from active ministry due to failing eyesight.  Rev. Kuykendall was not a United Methodist clergy member of the IGRC, but during his active ministry was involved in the ministry to the deaf before retiring.  He was a member of Pleasant Grove United Methodist Church in McLeansboro.

He is survived by his wife, Phyllis; a daughter, Christine (Manuel) Cordero of Colora, Md.; two grandchildren, Nathan (Jaime) Cordero of Pennsburg, Penn., and Angela (Troy) Jordan of Colora, Md.; five great-grandchildren, Jessica and Jack Cordero and Gabriela, Curtis and Eden Jordan. In addition to his parents, he is preceded in death by a deaf foster son, Patrick (Donna) Urban.

Funeral services will be held at Gholson Funeral Home, 500 S. Washington, McLeansboro, on Wed. Oct. 10 at 11 a.m. with viewing at 10 a.m. The service will be officiated by his son-in-law, the Rev. Dr. Manuel A. Cordero. The burial will be at Kuykendall Cemetery in Carmi.

In lieu of flowers, donations may be made in his memory to: the Illinois Great Rivers Conference, The United Methodist Church P.O. Box 19207, Springfield, IL 62794; or to the Illinois School for the Deaf Museum, 125 Webster Ave, Jacksonville, IL 62650.