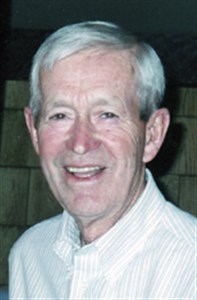 The funeral for Amer B. Shay, 85, of Pontiac, will be at 10 a.m. Monday at the Cornell United Methodist Church with Pastor Larry Frank officiating.

Burial will be in Camp Cemetery, rural Odell.

Friends may call from 2 to 5 p.m. Sunday at the church.

He was preceded in death by his parents and two brothers, Orin and Burtin Shay.

He farmed in the Pontiac area his entire life.

He directed work camps at The Baby Fold and East Bay Camps. He had been a member of the Pontiac-Esmen School Board and was a trustee at the Esmen-Camp Cemetery.

Memorials may be made to the Cornell United Methodist Church or The Baby Fold.

Online condolences may be left to the family at www.calvertmartinmemorial.com.