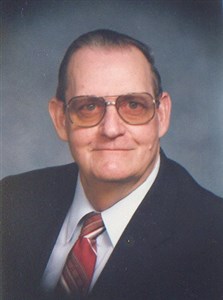 Born June 6, 1922, near Murphysboro, he was the son of Ira Holliday and Maude Naomi (Bailey) Holliday. He graduated from the four-year Course of Study School held at Garrett Theological Seminary, Evanston, Illinois. Harold entered the ministry in 1950 serving churches in southern Illinois as a local pastor and working in maintenance at Good Luck Glove Factory in Carbondale, Illinois. He retired in 1987 from the Oblong E. U. M. Church after 13 years of service. After retiring he was served as pastor of the West Liberty Church for the next 7 years. Other churches he served were Bush, Colp, St. Francisville, Sand Barrens and Billett. He was a member of Oblong Evangelical UMC. Harold enjoyed country music, reading, fishing, playing his guitar, singing gospel songs and writing poems. His fun time was being with the grandchildren.

His love for Christ was an inspiration to all who knew him. His family can take comfort in knowing that he allowed Jesus Christ to be Lord and Savior of his life.

Funeral services will be 3 p.m. Aug. 29 at Pulliam Funeral Home with the Rev. Howard Bell officiating. Burial will be in Oblong Cemetery. Visitation will be two hours prior to the service. Memorials can be made to the Alzheimer's Association or to the Evangelical UMC Building Fund.  Expressions of sympathy can be sent to his wife, Wanda Holliday 405 E Ohio St, Oblong IL 62449.