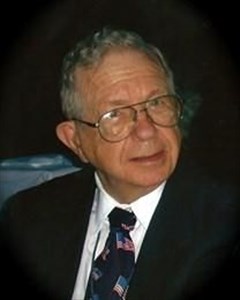 Born September 9, 1932 in Portsmouth, OH, he is survived by his wife Barbara; three daughters, Kathi Newell of Sebring, Kimberle (Nelson) Newby of Seminole, and Dawn (David) Grapes of Windsor, CO; four grandchildren, Amy Rogers, Erin Parsons, Natalie Grapes, and David Grapes III; four great-grandchildren, Cameron and Isaac Bellotte, Braelyn Reese, and Kassidi Sugg; and four siblings, Virginia (Richard) Martin, Keith Davis, Judy Ross, and Gary (Connie) Davis. Dave was a retired minister, the last 29 years in a hospital setting, and served nine years in “retirement” on the staff of Heritage United Methodist Church. In 1981, he was honored as national Chaplain of the Year by Health and Welfare Ministries of the United Methodist Church. Dave was a gifted writer and speaker and in 1999, he was named Distinguished Toastmaster by Toastmasters International. He was a devoted husband and loving father and grandfather and a true servant of God. Memorial gifts may be made to Heritage UMC or Suncoast Hospice in lieu of flowers. Services will be held Saturday, October 18, 2014 at 11:00 am at Heritage United Methodist, Clearwater, FL.