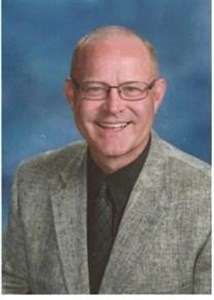 Stephen E. King, age 59, of Paxton, IL, passed from this life to the next on November 24, 2014 at Covenant Hospital in Urbana, IL.
Stephen was born on April 22, 1955 in Olney, IL to Charles and Clara (Wiseman) King.
On August 31, 1974, he married the love of his life, Janet Lemke, at The Zion United Methodist Church in West Salem, IL.
Janet and Stephen have a son, David (and his wife, Jessica) King of Altamont, IL, a daughter, Diane (and husband Adam) Chisholm of Nicholasville, KY, who survive him, as do his parents, Clara and Charles King, of Albion, IL , 2 brothers: Billy (and wife, Cathy) King of Albion, IL, Michael (and his wife, Diane) King of Yorkville, IL, 3 sisters: Judy (and husband Bob ) Mosher of Pleasant Plains, IL, Jane (and husband, Tony) Jones of Ellery, IL and Janet (and husband Randy) Hanson of Little Rock, AK. Stephen is also survived by 5 grandchildren: Evan Andreasen of Spring, TX, Maria, Isaac, Lily and Peter Chisholm, of Nicholasville, KY.
He was preceded in death by his father-in-law and mother-in-law, John and Doris Lemke, and brother-in-law, John A. Lemke.
Stephen earned a Bachelor's Degree in Accounting, and also a Master of Divinity. He was a minister in the United Methodist Church, currently serving as pastor in Paxton.
He will be remembered as a very genuine and caring man of service, who brought a gentle spirit to any and every conversation. He had a warm heart, infectious laugh and a great smile that let people know he loved them. He showed that love by serving others and doing for them.
A Celebration of Life Service will be held at 10AM on Saturday, November 29, 2014 at the Zion United Methodist Church of West Salem, IL. Burial will follow in Graceland Cemetery, Albion, IL.
Visitation will be held at the church from 5 to 8 PM on Friday, November 28, 2014.
The family asks that memorial contributions be directed to the Henderson Settlement in Frakes, KY, a place to which Stephen took many youth mission trips.
Envelopes will be made available at the church.