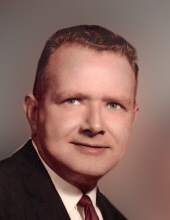 Glenn E Huffman of Bismarck,Il passed away on Sept. 17, 2016 in Danville,Il He was 96 years old.
Glenn was born in Vermilion County, Illinois at home on October 13, 1919. Son of Clarence and Stella Huffman he was the youngest of three children. His sister Opal and sister Ruby passed on before him as did his parents.
In 1939 he was married to Mildred Kirkpatrick in a small church in Danville. Married 77 years.
He worked at the Miebeck Shoe factory and in a few years he found himself in the Army Air Corps from 1944 to 1946.
After World War II, he returned to farming on his father's land and his own. In June 1953 he became a lay pastor to the Locust Grove EUB. Church just outside of Moweaqua, Illinois.
After going to Millikin University in Decatur Illinois he received a BA in religion and theology, and a two year degree seminary from Naperville Seminary college to become a minister in which he was ordained in 1957
In the spring of 1957 he and his family moved to Paris, Illinois to serve in the Paris E U B church.
During that time Glenn had the pleasure of performing the marriage ceremony of his daughter Valerie to Paul Osborn.
In 1963 he and his wife moved to Wood River, Illinois to serve at the Wood River United Methodist church
Glenn served at that congregation for eight years and then moved to East Lynn, Illinois and served there for 7 years at the Methodist Church. Glenn and Mildred then moved to Bismarck Illinois where he retired from the ministry temporarily. During that time he and Mildred started up a craft business called Huffman Crafts in which they did ceramics, woodworking and upholstery. He also taught at Vo Tek school in Danville Illinois and was also a substitute teacher in Bismarck high school. Glenn also held a Relaters license.
In 2005 he came out of retirement to minister to the United Methodist Farmers Chapel church and retired again in 2011.After many years of service he will be greatly missed.
He is survived by his wife Mildred (Kirkpatrick) his daughter Valerie Huffman Osborn(Paul), two grandchildren Donna (Osborn) Hemmert (Owen)who live in Texas, Michael Osborn (Kimberly), and five great grandchildren, Shayla, Glenn, Austin, Jeffrey, and Adam.(Michael) who live in Arizona.
Glenn, loved fishing, belonged to the Salty SAMs Camping Club, enjoyed wood working, doing upholstery, gardening and going to Gordyville to sell the beautiful crafts that he and Mildred made. He was supporter of the Local VFW, enjoyed telling jokes, and was loved by all he served as friend and minister.
Visitation will be at Sunset Funeral Home and Cremation Center 3940 N Vermilion St. in Danville Illinois from 5 to 7 PM on Friday, September 23.
Celebration of life will also be at Sunset funeral home in Danville, Il on Saturday, September 24 at 11 AM
Burial will be at Walnut Corner cemetery following the service and will be with military honors by American Legion Post 210.
He will greatly missed by family and friends. He has returned to the open arm of his Heavenly Father and his family who passed on before him.
In lieu of flowers, donations may be made to the local VFW ,8 Pine St, Danville, Illinois 61832 in Glenn’s name.
Please join Glenn’s family in sharing memories, pictures and video on his tribute wall at www.sunsetfuneralhome.com