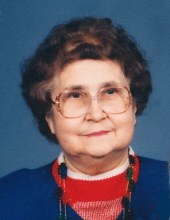 Mae was born April 4, 1919 in Baldwin, KY, the daughter of Burton and Iva (Whitaker) Long. She lost her mother at the age of nine and assumed the responsibilities of helping raise her four siblings. She married Luther Burgin Howard on Christmas Eve of 1935 in Richmond, KY at the age of 16 and then they raised seven children together. Mae was a pastor's wife for over 50 years after moving from Kentucky to Illinois in 1947. They served in multiple charges in the Southern IL United Methodist Conference.

She is preceded in death by her parents, husband, daughter-in-law, Mary Howard, and grandchild, Staci Reddan.

A full obituary may be found at the website of the funeral home and messages for the family may be posted there:www.summers-kistler.com