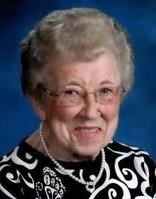 Vaudra M. Rushing, 92, of Springfield, died Nov. 12, 2016, in Springfield.
She was born in Carbondale on Feb. 18, 1924, to Lee W. and Mae C. Rushing, of Carbondale.
She was preceded in death by both parents, as well as a younger brother, Bobby, in his childhood.
She is survived by a sister, Beulah Guard, of Springfield.
The Memorial Service will be held at 10 a.m., Nov. 19, 2016, at Laurel United Methodist Church, 631 S. Grand Avenue West, Springfield. Visitation will be held at 9 a.m. in the Laurel Fellowship Hall, prior to the Memorial Service.
Cremation will be accorded by Staab Funeral Home, 1109 S. Fifth St, Springfield.
Private family burial will be at Zion Cemetery in Carbondale following services.
Memorial contributions may be made to: Africa University Endowment Fund, Nashville, Tenn.; Wesley Theological Seminary, Washington, D.C., or a charity of one's own choice.
Ms. Rushing received a bachelor's degree from SIU, Carbondale; a year of special education from Scarritt-Bennett College in Nashville, Tenn., and a Master's of Religious Education from Wesley Theological Seminary in Washington, D.C.
She was an elected Delegate to the 1980 Jurisdictional Conference and the 1984 and 1988 General Conferences of the United Methodist Church. Ms. Rushing was elected Secretary of the Board of Directors of the National Christian Educators Fellowship in Nashville, Tenn., and taught in a number of Conference Schools of Christian Mission in four different jurisdictions of the United Methodist Church.
She retired in 1994 from First United Methodist Church in Champaign, as Coordinator of Older Adult and Volunteer Ministries.