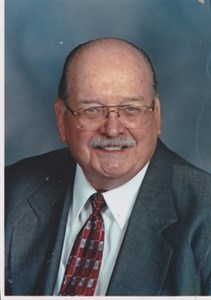 Rev. Wayne E. Armbrust, 81, died on January 12, 2015 at 5:23 a.m. at Proctor Hospital in Peoria.
Wayne was born in Evansville, Indiana to Clarence E. and Mildred Mardell Day Armbrust on September 2, 1933. He married Barbara J. Wolhfarth in August of 1956. He married Kathy K. McDonald on August 4, 1984 in Lacon. He is preceded in death by his parents.
Wayne is survived by his four wonderful children, Nancy (John) Klebe of Louisiana, Mo; Stephen (Janet)of Mackinaw, IL; Susan (Stan) Niemann of Orlando, FL and David (Jeanne) of Winter Springs, FL; eight grandchildren and 7, almost 8, great grandchildren.
Wayne was a clergy member of the Great Rivers Conference of the United Methodist Church for 43 years. He attended Illinois Wesleyan University, Garrett Evangelical Seminary and Christian Theological Seminary. He became a deacon in 1960 and ordained Elder in 1966.
After serving in the U. S. Army during the Korean War, he answered his call from God to enter full time ministry.
Throughout his years of service he served on many conference committees. He also was a Boy Scout leader. He was a 50 year member of Masonic Lodge, Scottish Rite Valley of Peoria and Mohammed Shrine, where he had volunteered as one the Shrine Hospital van drivers. He was also a former member of the Limestone Kiwanis Club.
He and Kathy enjoyed camping and traveling as well as a shared love of woodcrafting. He will be greatly missed by all whom he touched.
Services to celebrate Wayne’s life will be held at noon on Friday, January 16, 2015 at Crossroads United Methodist Church with Rev. Casey Taylor, district superintendent Rev. Mary Kathryn Pearce and Rev. Bob DeBolt officiating. Preceding the service will be the Masonic Memorial service. Family will receive friends at the church from 10 a.m. Friday until time of service. Cremation rites have been accorded and Mason-White Funeral Home is assisting the family in arrangements.
Memorials may be made to either Shriner’s Crippled Children Hospital or Crossroads United Methodist Church.