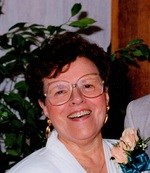 Genevieve L. Hass, 95, passed away on December 16, 2016 at her home in John Knox Village. She was born in Evanston, IL, graduated from Northwestern University, and earned her Master’s degree from the University of Illinois. Married to Carl F. Hass, a Methodist minister who served in Central Illinois, she directed the music programs in various churches and later taught English at the middle school level. Upon retirement they moved to John Knox Village where Genevieve served as a member of the board of directors. She was admired by friends for her compassion, loyalty, integrity and independence. She was preceded in death by her husband Carl F. Hass. Survivors include her twin sister, Geraldine Braden, three sons, Willard, Philip and David, their wives, Joan, Ann and Sally, four grandchildren, Tommy, Amy, Stephen and Deborah, and a great-grandchild, Jane. A memorial service will be held at 2:00 P.M., Monday, December 19th, at the John Knox Village Chapel, Lee’s Summit. Condolences can be expressed at langsfordfuneralhome.com.