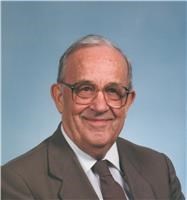 Rev. Watson was born November 1, 1919 in Morrill, Nebraska, the son of John Jay and Zepha Velda (Lundy) Watson. He graduated from Morrill High School in 1937 and received a BA Degree from Nebraska Wesleyan University in Lincoln, Nebraska in 1949 and a BD degree from Garrett Theological Seminary in Evanston, Illinois in 1952.

After retirement, Rev. Watson became an accomplished woodworker and artist. His other hobbies included stamp collecting, counted cross stitching, needle point and crewel. Music was also important with him.

Rev. Watson is remembered for his energy and enthusiasm in preaching the Gospel and continued challenging of people in their faith. He was noted as saying many times "Pray and then put feet to your prayers".

Burial will be at the Rock Island National Cemetery, Rock Island, Ill. at a later date. - See more at: http://www.legacy.com/obituaries/concordmonitor/obituary.aspx?page=lifestory&pid=184749656#sthash.X7WHUyoU.dpuf