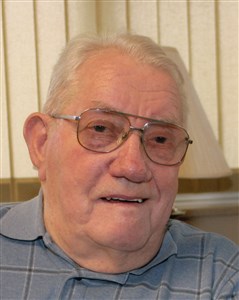 His funeral will be at 10 a.m. Thursday at the First United Methodist Church, Pontiac, with the Rev. Tom Goodell and the Rev. Don Shane officiating. Burial will be in St. Mary’s Cemetery, Loretto, where full military rites will be accorded. Visitation will be from 4 to 7 p.m. Wednesday at Calvert & Martin Funeral Home, Pontiac, and for one hour prior to the funeral at the church.

Memorials in Bill’s name may be made to Evenglow Lodge or First United Methodist Church.

Bill was educated at Emington Grade School and was a graduate of Saunemin High School. He graduated from Garrett Evangelical Seminary. Bill was a printer, then owned and operated Vermillion Studio in Pontiac for several years. He was also a frame salesman and later served as a minister to Methodist churches in Biggsville and Gladstone, and was a volunteer minister at Evenglow Lodge. After his retirement he worked at McDonalds in Bloomington.

Bill served our country in the U.S. Navy from 1944-1946. The most important thing to Bill was his Lord and his family.