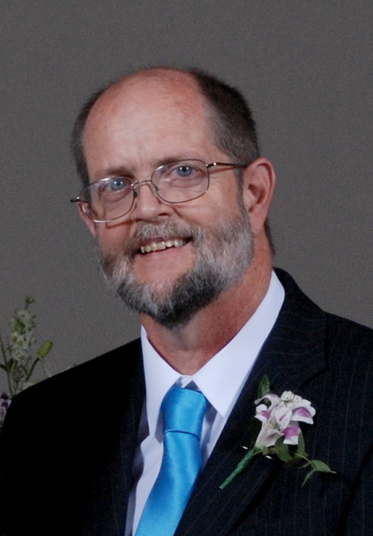 Rev. Dr. E. Michael Jones died Saturday, June 22, 2013. He passed away peacefully after a long battle with chronic diseases in St. Louis University Hospital. He was surrounded by his family.

Mike was born August 14, 1951 at the Jarman Memorial Hospital in Tuscola, Illinois, son of Harold “Gene” and Dorothy Jean (Henderson) Jones. He was united in marriage to Cynthia Anne Jones on May 17, 1975 in Moline, IL. He is survived by his wife; two daughters, Elizabeth Brooks and her husband Malcolm of Springfield, IL, and Rachel Kamagne-Jones, her husband Hervé Kamagne, and her step-daughter Fabiola Tounkep of St. Paul, MN; his sister Linda O’Rourke and her husband Bill of Springfield, IL; and his nephew Patrick Michael O’Rourke of Centralia, IL. He was preceded in death by his parents.

Mike grew up in Camargo, IL and graduated from Villa Grove High School in 1969 as valedictorian. He received his bachelor’s degree in Chemistry from Illinois State University, where he worked as a Teaching Assistant. He received his Master of Divinity degree from Duke University and his Doctor of Ministry degree in New Testament Studies from Eden Theological Seminary.

Mike was a United Methodist pastor in the Illinois Great Rivers Conference for more than 35 years. He served congregations in Joy, Quincy, rural Urbana, Pleasant Plains, and Charleston. He also served as chaplain at Chaddock and Cunningham Children’s Homes. In recent years, he served as dean and teacher for Extension Course of Study. In many of these appointments, he was blessed to minister alongside his wife and best friend, Cindy. He was known as an excellent preacher and dedicated teacher. Mike particularly enjoyed working with youth and leading mission trips.

Services will be held on Saturday, June 29, 2013 at First United Methodist Church, 1133 Main Street, Mt. Vernon, Illinois, with a reception for family and friends from 9:30 a.m. - 10:45 a.m. in the parlor. A Service of Resurrection will follow in the sanctuary at 11:00 a.m. Lunch and time for sharing stories will follow in the church fellowship hall. A graveside service for the family was held earlier in the week in Camargo, IL.