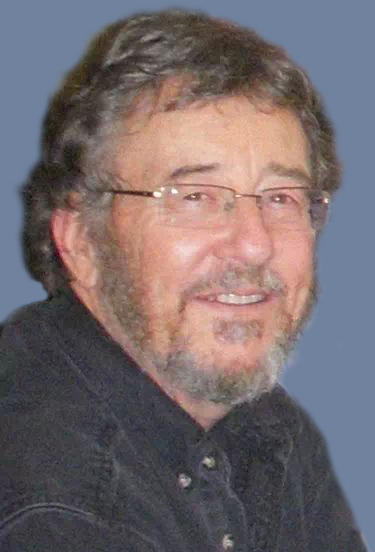 As Proverbs 27:17 says, "Iron sharpens iron, and one man sharpens another." John Lazell was such a man. He was given many abilities that helped sharpen others and, in turn, became more sharpened and focused himself. What a life he lived!

Mr. Lazell attended elementary and high school in Decatur. He also attended Millikin University in Decatur until he joined the United States Marine Corps. He served from 1966-1969 with a tour of duty in Vietnam at DaNang, Dong Ha, Khe Sanh, Con Thien, Camp Carroll, DMZ, and Rockpile. He received two purple hearts and a gold star in lieu of the third purple heart medal; National Defense Service Medal; Vietnam Service Medal with 1 *; Vietnam Campaign Medal with device, Presidential Unit Citation, and Good Conduct Medal 1st Award. After leaving the military, Mr. Lazell enrolled at Lincoln Jr. College in 1969 pursuing a degree in Journalism. In 1973, he received a Bachelor of Arts in Communications from UIS/Sangamon State University. After graduation he pursued a Master of Divinity degree and graduated in 1977 from Christian Theological Seminary, Indianapolis, Indiana.

After graduating from the Gerontology program, Mr. Lazell secured a position at the Illinois Department on Aging and stayed at the agency for 23 years, retiring in 2010 as Lead Trainer of the Community Care Program (CCP) throughout the state. Because of his prior military service, he was a very detailed person and this ability assisted him when he was in charge of several large state-wide conferences while at Aging.

Mr. Lazell was a TV and movie buff. He was also known as a die-hard John Wayne fan including making a trek with his family to Winterset, Iowa, to tour John Wayne's birthplace. He especially enjoyed World War II era movies. Mr. Lazell was also a great sports fan as well as participant. Mr. Lazell was an avid Boston Celtics and Chicago Bulls fan. In fact, for Halloween one year he wore the official uniform of Larry Bird and carried a Larry Bird basketball. He also was a participant in Kim's Tae Kwon Do academy attaining the rank of brown belt. However, his greatest sport achievement was in running which he started at the age of 55. He ran three marathons, 17 half-marathons, and 19 5K/10K/15K. His last race was completed in 2013. For this Christmas, to celebrate his running achievements his family had planned to present a special quilt comprised of many running shirts as well as a special hanger for all 49 medals.

Perhaps Mr. Lazell's greatest joy was in being a part of the Hayes-Krell Memorial Chapter 159 Military Order of the Purple Heart. Mr. Lazell was so proud to have served as the Commander of Chapter 159. He was also very proud of the proposed Purple Heart Memorial to be built at Oak Ridge Cemetery to honor those who have paid a high price for freedom. As a combat wounded veteran he was always reaching out to other veterans in needy circumstances explaining the many organizations that can be used to help veterans. As a marine (as ALL marines know, there is no such thing as a former marine!) he took great pride in "sharing" his marine pride with all his fellow patriots at the Chapter (most of whom are Army veterans). He also was a life member of the Vietnam Veterans of America. John was known for his witty comments, friendly smile and a "go to" person at work and after. His many sayings are left for us to ponder, such as… "If one's good, two's better," "water to drink, water to drink" (don't order or drink soda!).

Mr. Lazell was a retired honorable location clergy of the Illinois Great Rivers Conference of the United Methodist Church.