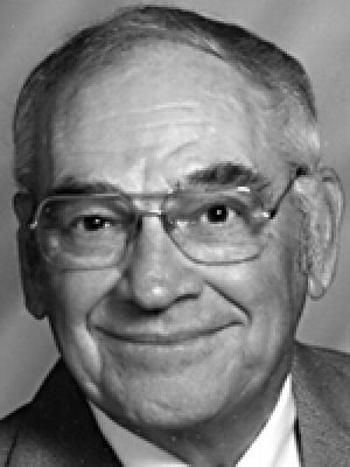 Jack was born in rural Robinson, IL., on October 3, 1926 to Charles and Revene Reynolds Kaley. He was the eldest of three boys. After attending a one room school through the 8th grade, he graduated from Robinson High School. He was very athletic, played all sports available and was able to set a few records that held for many years. He entered the U.S. Army serving his country for two years. Accepting a scholarship to Drake University in athletics, he married his high school sweetheart, Barbara Schernekau on January 25, 1948 in Robinson, IL. and then moved to Des Moines, IA., where he graduated with a BA in education. His first teaching position was in Estherville, IA., Junior College, where he also coached football and basketball.

After a couple of years in northern Iowa, they returned to Illinois for a high school coaching opportunity in Vandalia, where daughter Sandra was born. Drake University then offered him a baseball coaching position for three years where he acquired his MA in Education, and a son, Mark entered their household. The next five years were at Eastern Illinois University as baseball coach and assistant football coach. During this time a daughter Luann arrived.

At this important time in Jack’s life the Lord had other plans for him. Because coaching was so enjoyable he struggled with his future direction in life. He entered the ministry in 1961, and began pastoring the Evangelical United Brethren Church in Gibson City, IL. He also entered the Evangelical Theological Seminary for three years in Naperville, pastoring the Gibson City congregation on weekends while acquiring a MA of Divinity. While at Gibson City, Jack was active in organizing a Billy Graham Revival held in the summer for two weeks on the football field. There were many decisions made for Christ and thousands attended the revival. After nine enjoyable years in Gibson City, merging the EUB’s and Methodists into one congregation, the family came to Decatur to pastor Central United Methodist Church.

It was during this time that Jack began his television ministry, supported by a local farmer in Gibson City. CLOSER TO GOD TODAY ran for 14 years on WAND-TV at 6:45 a.m. daily. In 1979 Jack felt led to enter full-time evangelistic work under the banner of CLOSER TO GOD TODAY and held meetings in over 500 churches before retiring in the late 1990’s.

Jack loved to golf, and he just loved all sports in general. He was an avid St. Louis Cardinal fan. The family would like to thank so many of our friends for their prayers, the nursing staff of the Piatt County Nursing Home and the congregation of the Bement United Methodist Church.

Aaron and Susie Hinds of Roux–Hinds Funeral Home, Bement, IL., have the honor to serve and celebrate the life of Rev. Jack W. Kaley.