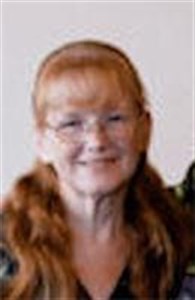 Margie Liew Brewer, age 61 of Mt. Vernon, died Sunday morning, February 10, 2013 at Deaconess Hospital in Evansville. She was born October 23, 1951 in Anderson, IN the daughter of William and Mary (Turner) Griffey. She married Bobby Jack Brewer on August 2, 2005 at Anderson, IN.
Margie had worked in military pay for the U.S. Government until her retirement. She was an ordained minister from the Interdenomination Gospel Missions. She did youth and children ministry at Central Community Chapel, Church of Christ Union in Anderson, IN for 18 years. She was also a member of Mt. Vernon, First Church of the Nazarene where she was in charge of the children's ministry.
She is survived by her husband, Bobby Jack; a step-son, Johnson D. Brewer of Marion, IN; nieces and nephews, Cortney Burlison, Aaron Stewart, Kathy Matthews, David Mathley, Keith Mathley, and Neal Mathley; 4 grandchildren, Carson and Bishop Scott Brewer and Logan and Johnathan Nabors; 3 sisters, Pauletta Mathley of Georgia, Wilma Nicolay of Indianapolis and Estina Thurman of Evansville and several great nephews and nieces.
Funeral services will be held at 10 a.m. on Thursday February 14, 2013 at the First Church of the Nazarene in Mt. Vernon with Rev. Myers Hyman officiating. Visitation will be from 4-8 p.m. on Wednesday at the Stendeback Family Funeral Home at 1330 E. 4th St., Mt. Vernon, IN. A funeral will also be conducted at 11 a.m. on Friday February 15, 2013, at the Ashland, KY First Church of the Nazarene with burial in Rose Hill Burial Park in Ashland, KY. Visitation will be from 9 a.m. until service time. Online condolences may be left at stendebackfamilyfuneralhome.com