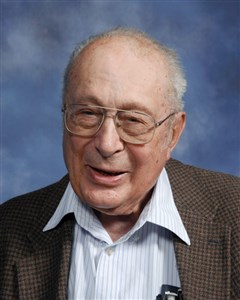 He was born July 9, 1924, in Spokane, Washington, the son of the late Arno M. and Floy Virginia (Atkinson) Hutchinson, Sr. He married Rev. Caroline Hutchinson on August 23, 1947, at the University Temple in Seattle, Washington. She preceded him in death February 4, 2007.

Rev. Hutchinson was a United States Army veteran, where he served in the Army Air Corps during WWII. He was a member of the Chrisman United Methodist Church, Chrisman American Legion Post #477, and the Chrisman Lions Club. He served the Illinois Great Rivers Conference of the United Methodist Church in many offices throughout his career. He was proud to have served in ministry as a "circuit riding" minister serving several small churches at one time.

For those who wish, the family suggests that memorials be made to Chrisman United Methodist Church or to the Preachers Aid Society & Benefit Fund, 1919 Broadway St., Mt. Vernon, IL 62864.

Services celebrating his life will be conducted at 10:00 a.m. Wednesday, July 26, 2017, at Chrisman United Methodist Church, with Pastor Don Shane officiating. Burial will follow in Woodland Cemetery. Visitation will be from 5 to 8 p.m. Tuesday at Templeton Funeral Home in Paris.