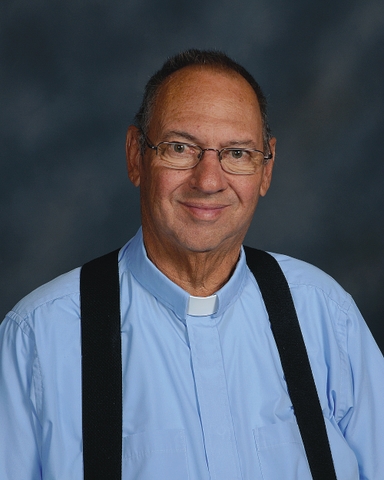 Funeral services will be at 10:30 a.m. Saturday at Grace United Methodist Church, Newton. Visitation will be from 4 to 7 p.m. Friday at the church, with 7 p.m. Masonic Rites being accorded by Newton Masonic Lodge No. 216. Burial will be in Mound Cemetery, Willow Hill.

Joe was born on July 13, 1943, in Herrin, the son of Homer Madison and Edith Aileen (Spiller) Crain. On Sept. 21, 1968, Joe married Beverly Ellen Bolen in Robinson. She preceded him in death on Jan. 13, 1997. Joe was a graduate of Carterville High School and Southern Illinois University, Carbondale, with a degree in mortuary science. Beginning his career in funeral service in Crawford County, he later moved to Newton and purchased the Pulliam Funeral Home. He owned and operated the Crain Funeral Home until his retirement. Joe also served as the coroner of both Crawford County and Jasper County.

Answering God’s call in 1989, Joe entered the ministry as a lay speaker in the United Methodist Church. He went on to complete his education at St. Paul’s School of Theology in Kansas City, Mo. His first appointment was at the Kedron United Methodist Church and he continued to serve them as their pastor until his death. In addition to Kedron, he served many of the county churches as pastor or interim speaker.

His memberships include the Illinois Great River Conference of the United Methodist Church, Newton Ministerial Association, Brush Creek Cluster, life member and past master of Newton Masonic Lodge No. 216 A.F. & A.M., Valley of Danville 32nd degree, Newton Chapter No. 497 Order of the Eastern Star, past president of both the Robinson and Newton Lions Clubs. In his spare time, Joe loved gardening, fishing, and was a devoted St. Louis Cardinal fan.

He survived by his son, Chad Crain of Jacksonville; daughter, Katina and husband Doug Roth of Newton; brother, Paul Eugene Crain and wife Pam of Carterville; brother-in-law, Jim Bolen and wife Diane of Benton; one nephew and two nieces.

His parents and wife, Beverly, preceded him in death. Memorial gifts may be made to the Newton Ministerial Association, c/o The First Baptist Church, 400 W. Washington St., Newton, IL 62448. Crain Funeral Home, Newton, is in charge of arrangements.