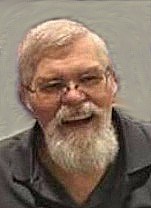 He was preceded in death by both his parents, Donald and Wilma Gambill.

Dennis served many local churches as a lay speaker before making the First United Methodist Church in Richview his parish. He was currently serving that church at the time of his passing. Dennis supported his family by working at Lange and Bird Equipment as a mechanic in Patoka for over 35 years. He was also a former Pastor at United Methodist Church in Ashley, a sales rep for Team Fenex, a former director of Sandoval Shalom, and ran his own motorcycle and ATV shop out of Sandoval.

A Celebration of Life Service will be held at a later date. Memorials can be made in his memory to the Richview United Methodist Church or SSM St. Marys Hospice. On-line condolences and memories of Dennis may be shared with the family at www.maczfuneralhomes.com or on their Facebook page.