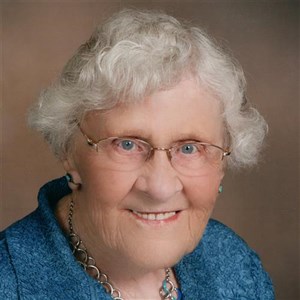 The world has changed because Barbara L. Newhall is no longer here, organizing and directing people’s lives.  She loved her family, her church, and the world that she attempted to change. Always looking for the good in everyone, she was occasionally stubborn beyond belief.  We have a vision of her spending time in heaven, connecting, chatting, sharing, and celebrating life in all its beauty.

Barbara L. Newhall, age 98, died quickly and peacefully Sunday afternoon, January 12, 2020.  She was born on March 20, 1921, in Brockton, MA, to Gertrude and Frank Moore.  One of five siblings, she grew up in a poor but exceedingly happy home, filled with love, adventure, and laughter.

Barbara began her life-long love of the church at Pearl Street United Methodist Church across the street from her home, where she attended church, sang in the choir, played the piano, and frolicked on the tennis courts and in the blueberry fields.  She was the first Conference President of Methodist Youth Fellowship for the New England Conference, and met her beloved Richard there.  He fell instantly in love with the beautiful blonde girl, but could only wangle an introduction by throwing her repeatedly off the diving float!  Per her mother’s rules, she still went home with the boy who had brought her.

A graduate of Brockton High School in 1938, she was in the top five of her class, active in many sports, and played on undefeated basketball teams all four years.  She was always the first person to foul out for unnecessary roughness!  After receiving a full scholarship, Barbara attended Bridgewater State Teachers’ College, completing her time there with her permanent teaching certificate. She lettered in seven sports and was the secretary for the Music Department.

Barbara’s romance with Richard began in high school and lasted . . . each became the first person from their family to attend college.  While Richard came out to Illinois to school, they courted by mail.  They decided to get married at the end of summer 1942 via a short 3 minute phone call while Richard was attending the Breadloaf School of English.  Three weeks later, having found a teaching job, they were married at the end of Sunday morning worship in her home church. Their best man was Jewish and the maid of honor was Roman Catholic, showing an early movement to ecumenism.  A bus trip to their new home in Illinois, with seats at different ends of the bus, followed.

Barbara taught in a one room school. Together they served churches at Rural, Hettick, Riverton, McDowell, Center, Springfield First, Delavan, Moline Bethel, Macomb Wesley, Danville St. James, Bloomington Wesley, and Dwight.  Along the way, they added five children to their family: Alan, Janet, John, Kathryn, and Paul.  They also welcomed many people into their home, sharing Christian hospitality and great food.  John was a  child who required lots of love and assistance to thrive.  Barbara was active in United Methodist Women, PTA, Great Books, and P.E.O.  As a choir director and organist, she led in many different music programs.

They retired to Cedar Rapids, Iowa, in 1982, and leapt into life in the community. She retired in August 2019 from 36 years as one of the Chapel organists at St. Paul’s United Methodist Church; she sang in the choir, played bells, chaired Thrift Mart, and was extremely active in UMW.  Barbara possessed an uncanny ability to get people involved in various activities.  An avid Scrabble player, her children and grandchildren all learned to play competitively from her.  She was extremely proud that three of their children entered the ministry.  Following Richard’s death in November 2003, she adjusted to life shared with her daughter Kathryn and Newbie the cat.

She is survived by her siblings, Priscilla Mueller, Robert Moore, and Frank/Rosemary Moore, as well as a host of cousins. Her brother Douglas and her son John predeceased her. Barbara’s family was expansive and not limited by genetics, especially her adopted daughter Marie/David Glasgow. So many people called her “Mom” or “Mother”.  Many special friends made her final years a joy.

Please join us in giving Barbara a holy and harmonious send-off at her visitation on Thursday, January 16 from 4:00 to 7:00 at Cedar Memorial.  A Service of Worship will be held at St. Paul’s United Methodist Church at 11:00 a.m. on Friday, January 17, 2020.