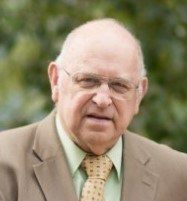 Cliff was a postal carrier for 42 years. He served in the United States Army during the Vietnam War and was honorably discharged in 1967. He was a member of Crossroads Church in Washington, where he was the Bell Choir Director. He was active with the W. D. Boyce Council, Boy Scouts of America for many years. He also volunteered for the Band Boosters and Choral Boosters at Washington High School. He was a member of the Washington American Legion Post 100.

Memorial contributions may be made in Cliff’s memory to W. D. Boyce Council, Boy Scouts of America or to the Lessie Bates Davis Neighborhood House in East St. Louis or to the charity of the donor’s choice.