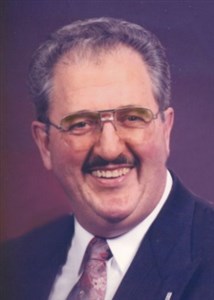 Reverend William James Causer, 83, of Mount Vernon, Illinois, went to be with the Lord at 9:15 pm December 10, 2022 surrounded by his family at his residence. He was born January 15, 1939 in DuQuoin, Illinois to the late William Jackson and Louise Brown (Poe) Causer. Bill married Patricia (Kern) Causer on April 1, 1958 at the First United Methodist Church in Mount Vernon, Illinois. They have been blessed with a wonderful sixty-four years of marriage.

In addition to his parents, Bill was preceded in death by his parents-in-law, Anna Bernice and Ellsworth Kern; sisters, Mary McRoy and husband, Les and Betty Wright and husband, Don; sister-in-law, Sharon Howard and husband, Ronald.

Mr. Causer was a man of God and his Christian Faith begun when he was a young boy. He would go to the Methodist Church with his grandmother on the third pew in the center aisle, eating crackers, and playing with the things from her purse while the preacher spoke. Bill was baptized at the DuQuoin First Methodist Church at the age of nine. Also, at the age of nine, his mother passed away and he lived with his grandmother over the next few years before he and his brother Tom became a resident of the Methodist Children's Home in Mount Vernon, Illinois. Bill found his calling to preach in the middle of his senior year of high school when he knelt beside his bed in prayer asking for direction for his future.

Bill's career in ministry begun the week after his high school graduation from Mount Vernon Township High School in 1957. He was licensed to preach in the Methodist Church and assigned as student pastor to three country churches located northeast of Quincy, Illinois. As a student pastor, Bill served Huntsville, Illinois, Jacksonville, Illinois, Cypress, Illinois, Marion, Illinois, Calhoun, Missouri, and Lathrop, Missouri. He also enrolled in Mac Murray College at the same time and later transferred to Southern Illinois University in Carbondale where he graduated in 1964 with a Bachelor of Science degree in Speech Communications and Secondary Education. In 1964 they moved to Belleville, Illinois where he was Associate Pastor at Union United Methodist Church. In 1970, Bill graduated from St. Paul School of Theology in Kansas City, Missouri with a Master of Divinity degree. He serviced fourteen months at First United Methodist Church in Lebanon, Illinois. In June 1973, he accepted the appointment of Assistant Director of the Methodist Children's Home in Mount Vernon, Illinois. He then went on to receive his Master of Social Work degree from University of Illinois in 1979.

In 1980, Bill accepted a call to serve as pastor of the First Community Church in Mount Vernon where he served for five years. In 1985, he went to St. John's U.C.C in Mascoutah, Illinois and after that, Bill pastored at Bethany-Peace U.C.C in Spanish Lake in 1995. Bill and Patty missed the rural area and longed to be near Mount Vernon. They accepted a pastor position at Zion Evangelical U.C.C Church in Hoyleton, Illinois and he began there in February of 1997. While there, he assumed Chaplain duties at Hoyleton Children's Home and later in 2003 became Supply Pastor for Friedens United Church of Christ in Irvington, Illinois. In 2004, Bill encountered health problems and planned to retire from full time ministry. Upon retirement, Bill became the Pastor of Visitation part time at his home church, First United Methodist Church in Mount Vernon, Illinois. He also pastored part time at Saint John's United Church of Christ in DuQuoin, Illinois starting in 2007. Then he served at Friedens U.C.C. in Farina, Illinois and at Bible Grove U.C.C. in Bible Grove, Illinois for five years. He was called again to Zion Evangelical U.C.C. in Hoyleton, Illinois as a supply pastor due to their pastors death. He retired for the final time on January 31, 2019.

Bill was a PTA chairperson for two years when his children were in grade school. He was involved in the Rotary Club, Lions Club and was president for one year, and Jefferson County Comprehensive Services Board chairperson for three years. He was also a part of Marion Region DCFS Advisory Board, Governor's Advisory Board - DSFS - Illinois, Child Care Association of Illinois, and received three years of training as public relations and development officer with the National Children's Services Association.

Bill enjoyed camping, fishing, yard work, singing, and feeding and watching birds. He loved his family and loved to spend time with his grandchildren and great-grandchildren.

The Causer family would like to thank SSM Health at Home Hospice for being so kind and caring to Bill while he battled his last days with cancer.