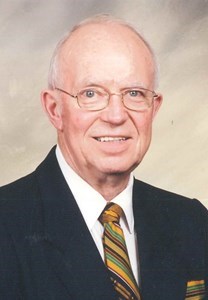 Charles Werner Sensel, age 86 of Washington Township, passed away Saturday, April 27, 2019 at his home. He was born August 27, 1932 in Newport, Kentucky to the late Elmer and Evelyn (Roettger) Sensel.

In addition to his parents, Charles was preceded in death by his brothers, Elmer Sensel and Ralph Sensel.

Charles was a 1950 graduate of Newport High School in Kentucky where he enjoyed playing football. Following high school, Charles honorably served in the United States Air Force as a Staff Sergeant during the Korean War. Upon his return, Charles completed his Bachelor’s degree as a History Major from Kentucky Wesleyan College before completing his Master’s of Divinity at Garrett Seminary on Northwestern Campus in Illinois. Charles was blessed to have served 40 years in the United Methodist Church, retiring in 1997. Charles was a member of the Korean War Veterans Association, NAACP, Trustee Emeritus of the Bonhoeffer Society and numerous other civic and volunteer organizations. Charles will always be remembered as a man of great faith.