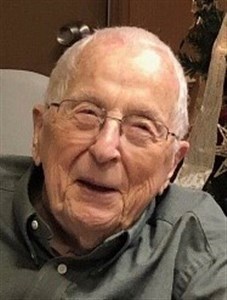 Many family knew him as Richard or Dick until he went to the military when he began going by his first name.  Charles was a World War II (Europe) and Korean (stateside) veteran.  While at war Charles promised God that if he survived, he would turn his life and serve Him.  Charles returned home from WWII and began fulfilling this promise.  Charles graduated from the University of Illinois, Champaign, IL and Evangelical Theological Seminary, Naperville, IL with a Master of Divinity.  Charles was a retired United Methodist Church pastor from Central Illinois Conference (formerly with the Evangelical United Brethren Church).  He served the following churches in Illinois:  White Heath EUB, Galesville EUB, Broadlands EUB, Longview EUB, Orangeville EUB, Afolkey EUB, Lawrenceville EUB, Springfield EUB/UMC, Princeville UMC, Countryside UMC and filled in at several churches during his retirement.  Charles was a participating clergy member in the Billy Graham Crusade when it was in Springfield, Illinois.  Charles traveled to Australia as an evangelist preacher.  Charles touched and influenced many people in his ministry.  As a resident of Wesley Manor Charles continued his ministry calling on the sick and spreading friendliness and the love of God.  The family expresses their gratitude for the loving care at Wesley Manor and Care Hospice.

A Celebration of Life will be held at a future date in 2023 in Charleston, Illinois for family and friends.  Goodwin Funeral Home, 200 S. Main St., Frankfort is honored to assist the family with arrangements.