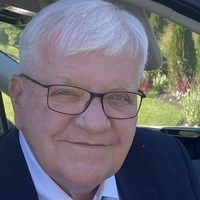 He was preceded in death by his parents and two brothers Dan and Jon Reeverts.

He graduated from Edgerton High School in Edgerton, MN, and earned a degree in English from Northwestern College in Orange City, IA. He went on to earn a master’s degree from Western Illinois University in English and afterward attended seminary at Western Theological Seminary in Holland, MI. Subsequently, he served in Vietnam 1968-69 as a chaplain’s assistant. He taught for 30 years at Colchester Jr.-Sr. High School, serving as a drama coach and leading groups of students on trips to Europe and Hawaii. He served as pastor at Blandinsville First Baptist Church for 42 years, performing countless marriage and baptism ceremonies for community members.  For several years he was an active member of the L.I.F.E. Program, and enjoyed serving on the Arm Chair Traveler committee. He was the Executive Director of the local Habitat for Humanity from 20014 – 2016. More recently, he served as a local pastor for the Walnut Grove United Methodist Church for 5 years. He was a loving husband, father, faithful friend, man of profound faith, well-respected member of the community, and life-long car enthusiast.

Funeral Services will be held at 3:00 PM Saturday, January 15, 2022, at the Colchester United Methodist Church with Pastor Jim Clayton officiating, where visitation will be held one hour prior to the service from 2:00 PM until 3:00 PM. Cremation Rites will be accorded following funeral services. Dean’s ashes will be laid to rest at Mt. Auburn Cemetery privately at a later date. Memorial contributions can be made to the Colchester United Methodist Church or Wesley Village. Dodsworth-Piper-Wallen Funeral Home is in charge of arrangements. Please sign the guestbook and leave condolences at www.dodsworthfh.com