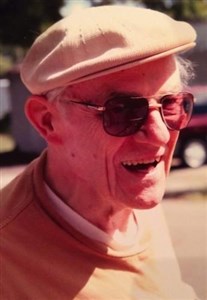 He was born on Oct. 12, 1929, in Normal, to John and Mona Walden (nee Wakefield).  His early life was spent near Farmer City, where his father was a barber. They moved to Urbana, and he graduated from Urbana High School in 1946. He spent his first two years of college at Taylor University and then transferred to the University of Illinois, graduating in 1952, the same year he married Patty Jo Green. Don then entered Garrett Theological Seminary and was ordained as a Methodist minister. In 1955, Don and Patty Jo boarded the Queen Elizabeth to Edinburg, Scotland, for a post-graduate academic year at New College, a theological school at the church of Scotland. They traveled to the Holy Land and several European countries before returning to pastor a church in Deland. And then it was on to Chicago Lawn Methodist Church (1960-'67).

Don became invested in civil rights and was arrested in Mississippi in 1963 as part of a move to racially integrate the Methodist churches of that area. In 1966, when marchers with Martin Luther King marched through Marquette Park in the Chicago Lawn neighborhood, the Rev. Walden opened the doors of the church as a sign that the church was open to everyone. As a result, he lost half his congregation. He then took a part-time position in an African American church, Wesley Methodist, in Chicago and began secular full-time employment with the IRS. He always said the two jobs were similar in that they both tried to keep people honest and people quit talking to you if they heard you were either one.

Other churches he served in throughout his career include Chicago Memorial, Bondville Methodist, Homer Methodist and Champaign First United Methodist.

He was preceded in death by his parents; two brothers, Duane and Nelson; and several poodles, including his beloved Pip, who kept great company with him after Patty Jo died in 2015.

He is survived by his daughters, Gale, Joelle and Michelle Walden; four grandchildren, Zella Walden and Claire, Carter and Jordan Billingsley; and one great-grandson, Noah Billingsley.

There will be a short visitation at 10:30 a.m. followed by a service at 11 a.m. Thursday, Dec. 22, at Wesley United Methodist Church, Urbana. Burial will be private.

He could not bear the idea of a child going hungry. At a table full of plenty, he always quoted his father, saying, "I wish someone really hungry would come to the door." He wished for any memorial gifts to be given to the Wesley Food Pantry, 1203 W. Green St., Urbana, IL 61801.

Toward the end of his life, he blessed everyone going in and out of the door. "Bless you," he would say. His children, by virtue of having him as a father, were.

Condolences may be offered at morganmemorialhome.com.