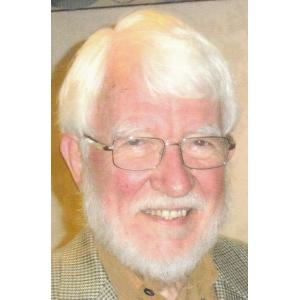 A Celebration of Life service and reception will be held on Sunday, July 2, 2017, at the First United Methodist Church in Pontiac at 3 p.m. with Pastor Tom Goodell officiating. Calvert & Martin Funeral Home in Pontiac is handling the arrangements.

In 1952 he joined the US Air Force serving at stations in the US and in French Morocco. He left active duty in 1956 with the rank of Buck Sergeant.

Donovan and Barbara came to Pontiac in 1960 when Donovan became President & CEO of the Chamber of Commerce. In 1962 he was named Administrator of Evenglow Lodge. A position he held for over 20 years. He furthered his career as a United Methodist Senior Living Consultant traveling and working to improve care facilities across the US as well as in Kazakhstan and Cuba. This work earned him respect in the nursing home industry. As he moved into retirement Donovan returned to Evenglow as a member of the Board. One of the accomplishments during Donovan’s tenure was the creation of the Memory Care Building, Evenglow Inn. For two years he again served as the Interim President & CEO of Evenglow.

He was active in the United Methodist Church serving on the Conference Council on Ministries and the District Committee on Nominations. He served on the Illinois Great Rivers Conference Board of Trustees, the Personnel Committee and as a lay delegate.

Don and his sons became involved in the Boy Scouts. Don took on a leadership role becoming Scoutmaster of Pontiac Troop 175 for several years and being actively involved in the W.D. Boyce Council. His devotion to scouting lasted the rest of his life. During these years he discovered a passion for outdoor sports including camping, backpacking, bicycling and canoeing. A passion he shared with friends and family. He enjoyed tennis and basketball.

He was appointed to the Illinois State Health Facilities Planning Board by the governor. He participated in local government as a member of the Livingston County Board, Livingston County Historical Society and most recently the Pontiac City Council. He played a key role in developing Pontiac’s Route 66 attractions and was instrumental in securing the historic Strevell House. He created the ‘32ers Club’ for local men born in 1932.

Donovan’s many years of giving to others through his profession and his spirit of volunteerism in his church and community will remain as an example to all.