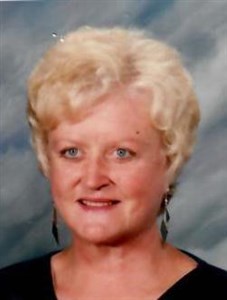 She married Paul Lewis Nickell in Champaign on June 24, 1950. They had five children. She later married John Tollensdorf on June 25, 2011.

Dorothy graduated from Urbana High School and then attended the University of Illinois with bachelor’s and master’s degrees in education. While at the university, she served as president of Kappa Delta Pi Educational Honorary Sorority and was a 50-year member of Tri Delta Sorority.

She was an elementary teacher for 30 years in the Mahomet-Seymour school district and served as president and chief negotiator for the Mahomet-Seymour Education Association. She belonged to the Illinois Education and National Education Association of teachers. Professionally, Dorothy was an instructor of teachers for 10 years, giving teacher workshops throughout Central Illinois for Northern Illinois University in the Champaign, Danville, Decatur, and Springfield Regional Service Centers.

For her work with teachers and students, Dorothy was honored by the State of Illinois as Outstanding Teacher, "Those Who Excel" Award in 1980. She also received the Award of Excellence from the Illinois Math and Science academy in 1988.

Upon retirement in 1994, she attended Garrett Theological Seminary at Evanston and became Reverend Nickell in the United Methodist Church. She served churches at Fairview, Indianola, and Mount Vernon United Methodist churches between 1994 and 1998.

In community work, she was president of the Champaign County Homemakers Extension, and the Bondville-Seymour Home Extension Unit from 1996 to 1998. She enjoyed reading, being a master gardener, photography, doll collecting, teaching and being with her family and friends.

After Dottie and John were married, they enjoyed extensive travel together between their homes in Bondville and Lakeland, Fla., and cruising with family and friends to various locations around the planet.

Memorials can be made to the Mahomet Seymour Education Foundation for future scholarships to be given in her name and the Bondville United Methodist Church.