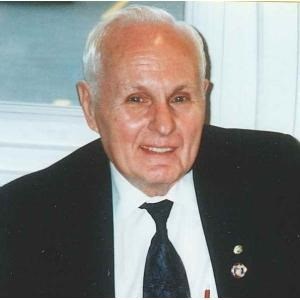 His celebration of life service will be at 11:00 a.m., Saturday, January 21, 2017 at Wesley United Methodist Church, Bloomington with Rev. Vaughn Hoffman officiating. A private family burial will be at Oak Grove Cemetery, LeRoy. Visitation will be from 9:30-11:00 a.m., Saturday at the church. Carmody-Flynn Funeral Home is assisting the family with arrangements. In lieu of flowers, memorials may be directed to Wesley United Methodist Church, Bloomington.

He was preceded in death by four brothers and infant son, Keith Lynn Webb.

Rev. Webb graduated from Kansas High School, served four years in the U.S. Navy, graduated from Illinois Wesleyan University and Garrett Theological Seminary. He was ordained as a United Methodist minister and served faithfully in Potomac, Tolono, Chatham, Milford, Tonica, Moweaqua, and Ridgefarm, Illinois, retiring from the ministry in 1977. He went on to work at the Ponitiac Correntional Center where he ministered to the residents there. He was very involved in C.U.P. (Citizens Upholding Persons) ministering to previously incarcerated people.