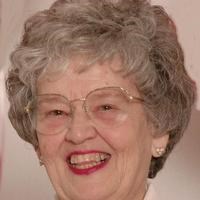 Funeral services will be held at 10:30 a.m. Friday, June 9, 2017 at the Vine Street Church, Arthur, with Rev. Michael Johnson officiating. Burial will follow in the Arthur Cemetery. Visitation will be held from 5:00-8:00 p.m. Thursday at the church. Shrader Funeral Home, 431 S. Vine Street, Arthur, is assisting the family with arrangements.

Ellen attended the University of Illinois for one year. She formerly worked as a bookkeeper for Schultz & Howell International Harvester; was a receptionist for Messmore Platzbecker Clinic; and wrote articles for the Arthur Graphic Newspaper.

She was a member of the Vine Street Christian Church for 90 years where she was named Elder Emerita and was active in the Christian Women’s Fellowship; a member of the American Legion Auxiliary; participated in numerous community activities; and was in the Pen Pal Program.

Memorials are suggested to the Vine Street Christian Church or the Arthur Home.

Online condolences to the family may be sent to www.hilligossshraderfh.com.