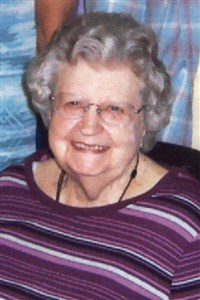 Esther F. Carriker, 93, of Litchfield, passed away Wed., July 18, 2018 at 10:24 a.m. in her home.  She was born on Sept. 27, 1924 in Shaw’s Point Township in Macoupin County, IL, a daughter of Leslie Dorman & Nona Maude (Hodges) Fuller.  She graduated from Litchfield High School with the Class of 1941.  She taught elementary education at Tennessee School near Oconee after receiving a war emergency certificate.  She also worked as a civil service clerk at the U.S. Naval Torpedo Station in Newport, RI, and at Coca-Cola Bottling Company in Litchfield as an office manager and bookkeeper for 15 years.  She was a licensed local lay pastor with the United Methodist Church and served at several area churches until retiring in 1999.  Esther was a member of Carlyle Church of God in Carlyle, IL, and attended Living Stones in Litchfield.  She loved working crossword puzzles, camping and reading, but most of all, loved being with her family.  She married Philip Raymond Carriker on Apr. 29, 1943 in Miami, FL.  He preceded her in death on Nov. 10, 2010.  She is survived by:

She was preceded in death by her parents; husband; 1 brother, Kenneth, in  infancy; 2 sisters, Agnes Briggs & Eunice, in infancy; son-in-law, Larry Towell.