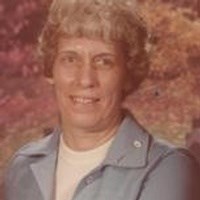 Eunice Darlene (Holland) Voigt Seaman Lucht was born August 29, 1930 in Guthrie, IL., to John Harmon and Emma Irene (Warder) Holland. She attended a country school until the family moved to Gilman, IL., in 1938. Eunice then attended Gilman schools and graduated from Gilman High School. She was raised by her sister and her husband George and Helen Whittler. Eunice received a B.S. in Music Education from Olivet University in Kankakee and a Masters in Education at the University of Illinois. Before becoming a school teacher, Eunice taught private voice and piano lessons to many of the young people in the area and continued into her retirements years. She also served as choir director at several of the area churches and was Music Director at St. John's Lutheran Church in Danforth.. Her teaching career started at Clifton Central Schools and she later taught in the Pekin, Granite City and O'Fallon, IL., school systems. Some of her favorite times teaching were spent working with Madrigals, Show Choirs, Broadway Musicals and Handel's Messiah. Music was her life and she loved to share it with all ages.

A Memorial service will be held at 11:00 A.M., Tuesday, March 20, 2018 at St. John Evangelical Lutheran Congregational Church, Schwer, 1812 East 1130 North, Milford, IL. 60953 with Rev. Steven Jensen and Pastor Joseph Sheets officiating. Inurnment will be in the Danforth Cemetery, Danforth. Friends may meet with the family from 6:00 to 8:00 P.M., Monday, March 19, 2018 at the Redenius Funeral Home in Gilman, IL. and also one hour prior to the service at the church on Tuesday. Memorials may be made to the American Cancer Society or to the donor's choice.

Arrangements by the Redenius Funeral Home in Gilman, IL.
Please sign the guest book at www.redeniusfuneralhomes.com