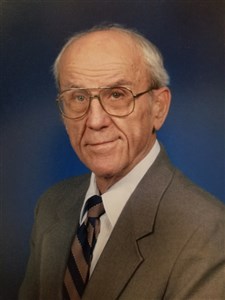 He is survived by his wife, Alice (Piercy-Moore) Hale. Floyd and Alice were blessed with more than twelve years of marriage.

Floyd was born August 21, 1922, the third son of the late Nina (Kiser) and Dewitt Talmadge Hale in Spring Garden Township (Ina), Jefferson County, Illinois. He was preceded in death by three brothers, one sister and his wife, Dorothy.

Floyd was a product of the 1929 Great Depression. His family’s effort to provide shelter, food, clothing and education was stressful. The “make-do” and the “learn to build or fix anything” quality was a thread which ran throughout his life. He was also raised at a time when the male-dominated social structure started changing. Floyd struggled to understand those changes, sometimes successfully and sometimes not so successfully.

In 1936 Floyd completed his first eight years of public schooling in Bonnie and Ina, Illinois. He completed nearly four years of high school. Due to the “Great Depression” Floyd enrolled as a sign painter in the 612th Company of the Civilian Conservation Corps (CCC, Camp Palos Hills - CP-8 - Willow Springs, Illinois) on January 11, 1940. He was honorably discharged on March 10, 1941 to accept a welder’s position at the rail car manufacturing plant in Mount Vernon, Illinois.

While home on a three-day pass in late 1940, Floyd was persuaded by his life-long friend, Harry McGuire, to go on a blind date with a lovely young woman, Dorothy Pickett. Love ensued, and on Easter morning of 1941 (April 13th) Floyd and Dorothy were married.

With the onset of World War II, the demand (and pay) for welders to build “Liberty” and other ships increased dramatically. Since Dorothy and Floyd were expecting their first child by early 1943, Floyd accepted work as a welder/pipefitter for Chicago Bridge and Iron in Evansville, Indiana. On October 26, 1943 he enlisted in the U.S. Navy as a “Seabee” and served in the Pacific Theater of War.

Upon honorable discharge on January 7, 1946 Floyd returned to Mount Vernon. He built a home for Dorothy and their two children. He returned to a welding position at the rail car plant.

In June of 1948 Floyd received his high school diploma. In March of 1949 Floyd was authorized as a “Local Preacher” by the Methodist Church. In the fall of 1950 (after the birth of Dorothy’s third child the prior April) Floyd began university studies at Asbury College in Wilmore, Kentucky. He supplemented his GI Bill education funds as a substitute teacher.

In the fall of 1954 Floyd moved the family to Lyerly, Georgia where he pursued his master’s degree in Philosophy at Emory University in Atlanta, Georgia. While in Georgia he pastored as a Deacon Minister for two rural churches. After graduation in May of 1957, Floyd was credentialed as a Southern Illinois Conference, Methodist Church Elder (Minister).

The Elizabethtown and Cave-in-Rock churches were Floyd’s first pastoral assignment. As is common with the Methodist denomination, Floyd served several churches in the Southern Illinois Methodist Conference. He served in Caseyville, Benton, Steeleville, Percy, Grayville, Vienna and Johnston City. Interestingly, several of the churches required renovation, and Floyd fit that need well.

While serving in the Philippines during World War II, Floyd enhanced his sign-painting skills thanks to the US Navy’s need for them. When he was off-duty, he painted landscapes and portraits for his Navy friends. Years later, Floyd would paint art works as a form of relaxation and therapy. His skill as painter created a demand for his work in southern Illinois.

In 1983 Floyd requested and received a sabbatical from the ministry and went to work as a field representative for the National Federation of Independent Business. Floyd excelled at the sales work and was among the top three representatives in the Midwest that year. He returned to the ministry with a renewed sense of purpose in 1984.

While serving his church in Grayville, Illinois during the 1960s, the local newspaper publisher asked Floyd to write a weekly article which would answer reader’s questions about religion and the Bible. This continued for the next thirty years and brought out a spectrum of reaction to his column, “The Bible Says…,” which he prefaced as “Scholarly Answers to Tough Bible Questions.”

When Floyd retired in 1989, he decided to compile his articles into a book. His fellow pastors told Floyd that he could not complete any book the way he typed (two fingers). Floyd bowed to their pressure and bought a Macintosh computer.  After completing the first book, he took his humanist approach to life, his thorough knowledge of the Bible and his understanding of its origins and wrote four more books. Last year Floyd realized that he needed to completely revise the last one, “How Jesus Was Lost in the Bible…And Found,” before he left this earth. He finished the second edition only a few months before COPD and bladder cancer began to take their toll.

Floyd’s wife, Dorothy, passed away August 30, 2002. Four years later Floyd and a long-time friend of Dorothy’s, Alice, realized they had many things in common. After number of church socials and dinners, they decided to marry. They were married on September 10, 2006.

An avid traveler, Floyd was able to see most of the world including the Holy Lands, Europe and China. This did not count his naval service in the Pacific and the Philippines which were not exactly pleasure trips. He also took his family on vacation to several states within the USA. He took his daughter, JoAnne, on a cruise of the Caribbean. He and his wife, Alice, enjoyed cruising the Rhine River and the Mediterranean Sea.