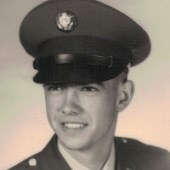 Gary was born March 22, 1941, in Streator, to LaVerne and Ruth M. (Baker) Garretson. He married Sharon K. Bockman, who survives in Pontiac.

In his childhood, Gary attended Lily School in rural Cornell. He was a graduate of Cornell High School and he later attended Illinois State University.

Gary served in the U.S. Army for 1962 to 1964 with the Hawk Missile Unit in Germany. He was a rifle marksman and was honored by the State of Missouri with an award for his service.

Gary was a farmer most of his life. He was a pilot and proud owner of a Piper Archer airplane and his own airstrip and hanger. In his youth, he enjoyed hunting pheasant. He was an avid fisherman and enjoyed teaching his family to fish. He like to spend time golfing and hit a hole-in-one during one of his outings.