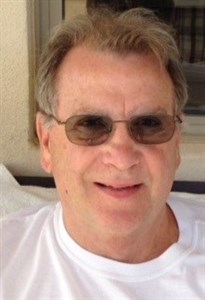 Gary Gene Stickney was born May 1948, in Carbondale, Illinois to parents of John and Geraldine Stickney. At the age of 5, Gary lived in Springfield, IL. He went to McCIernand grade school, Geo Washington middle school, and graduated from Lanphier high school in 1967. He joined the Order of DeMolay and Master Councilor while in Springfield. After high school, Gary attended junior college and graduated after two years from Eastern State University in Charleston, IL. During high school, Gary worked at St. John’s Hospital. In 1971, Gary joined and became active in Masonic activities including St Pauls 500, Springfield Consortium, York Rite, Knights Templar and Ansar Shrine. Upon graduating high school, he signed for 6 years with the US Navy becoming PO 2nd Class and then with the US Army for 20 years as a Chaplain Colonel. During college and after Easter graduation, Gary worked for the Illinois Terminal railroad as section hand, brakeman, and locomotive engineer.

Gary served in the United Methodist Church as civilian and military ministry for over 25 years until retirement. He grew up in the Kumler Springfield, IL church. His late wife, Jane, and he were married in Ottawa First United Methodist Church in 1981 and served many churches and military assignments. Gary was pleased to be part of the Northern Conference and Great Rivers Conference of the UMC. He received his ordination for ministry from Phillips Graduated Seminary in Enid, Oklahoma. He also received his bachelor degree in Nursing after attending the schools of Illinois Valley and North Alabama University. Gary worked for VA Hines Veteran Hospital for 17 years as a nurse. He moved to Alamogordo, NM and enjoyed working in dialysis and being semi-retired.

In 2010, he moved to Surprise, AZ and retired completely. After retirement, Gary wrote real life stories, sermon book, personal journal that was published, and prayers for daily devotions. He resided in Buckeye, AZ until his death.

Left behind to cherish his memory are his spouse, Danny (Dye) Stickney; children, Justin Stickney of Phoenix, Sarah Ann (Stickney) Maretta of Ottawa, IL and numerous grandchildren. He was preceded in death by his wife, Jane Louise Fread Stickney; his parents and Jane’s parents Kenneth and Patricia Fread.

Burial site for the Stickneys are Camp Butler National Cemetery in Springfield, IL and for the Freads in Ottawa, IL. Final interment will be determined with Gary’s spouse, Danny Dye Stickney.