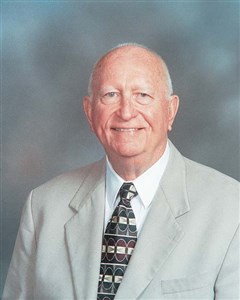 George’s life was devoted to family, faith, and friends. He was a pastor who brought to life the Scriptures for everyday people. He charged people to be their best, helped them to discover and strengthen their faith, and supported and encouraged them in light and dark times. He was friendly, forthright and faithful to the various congregations and communities he served as Rev. Schmink. His smile, hearty laugh, zest for life, and wit touched many hearts. He shared his love of good music, poetry, and the great outdoors with many.

His claimed greatest success was his family, beginning with his two wonderful wives He involved himself with each generation with great love, interest, time, encouragement and support.

A memorial service in his honor will be held on Saturday, October 10, 2020 at 1:00 pm at the First United Methodist Church in Harrisburg, IL. A graveside will follow the service in Sunset Cemetery. An additional graveside service will be held on Sunday, October 11, at 2:00 pm in the Rochester Cemetery in Rochester, Illinois. Covid restrictions of masks and physical distancing will be honored. In lieu of flowers, donations may be made to the First United Methodist Church or the Preacher’s Aid Society.