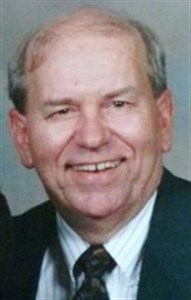 Reverend J.L. Penfold, 71, of Greeley passed away at his home on January 10, 2017 surrounded by family. He was born on April 5, 1945 in Denver, CO to James Leslie and Karmen “Kay” Jean (Sauer) Penfold, Jr. and was proud to be a fifth generation native of Colorado with deep roots.
He grew up in Fort Lupton and graduated high school in 1963, then graduated from CSU with a degree in Entomology, UNC with a Masters of History and then attended Asbury Theological Seminary, graduating with a Masters of Divinity degree.
J.L. married Marian Kay Spurgeon on December 31, 1970 in Knoxville, Illinois.
He worked for the State of Colorado for a few years before beginning his ministry in 1977. For over thirty years, he served multiple United Methodist churches of all sizes in Colorado, Florida, and Illinois including Eaton United Methodist Church. J.L. served St. Paul’s Congregational Church for three and half years where he concluded his formal ministry in 2012. J.L. was a servant of God. He loved serving others and God’s church and continued to be involved in ministry at Timberline Windsor in retirement.
J.L. was passionate about history, politics, reading, writing, blogging and enjoyed sports and fishing but most enjoyed time with his family who all reside locally.
Survivors include his wife, Marian of Greeley; parents, Jim and Kay Penfold of Greeley; children, Amy Penfold of Greeley, James (Cari) Penfold and David (Megan) Penfold all of Windsor; grandchildren, Stella, Vivienne, Scarlett, Chance, Aubri, Avery and Bennett Penfold; brothers, Gordon (Beth) Penfold of Eaton and Greg (Meredith) Penfold of Rock Springs, WY as well as nieces and nephews.
Services will be held at 10:00 a.m. Monday, January 16, 2017 at St. Paul’s Congregational Church, 1525 43rd Avenue, Greeley with reception to follow. Memorial gifts may be made to any of the churches that J.L. served over the years, including St. Paul’s Congregational Church, Eaton United Methodist Church or his last church home, Timberline Windsor, in care of Adamson Cares, 2000 47th Avenue, Greeley, CO 80634. Friends may leave condolences at adamsoncares.com.