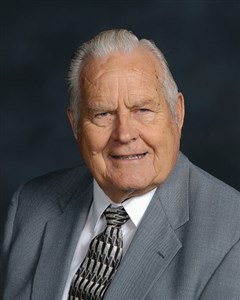 Rev. Dr. James William Jones (Bill), 90, a resident of North Fort Myers, FL for the past 27 years, formerly of Peoria, IL, passed away Monday, July 20, 2020 in Cape Coral, FL. He was born December 25, 1929 in Maroa, IL to Roy and Esther Jones, now deceased. He grew up on their farm, plowed corn with a team of horses, raised rabbits and worked in his parent’s grocery store and restaurant in Assumption, IL with his two sisters and two brothers. He dedicated his life to Christ at a summer church camp in 1945 and within a few years became the youngest preacher in the Central Illinois Conference of the United Methodist Church (UMC). In 1949, he and his college roommate bought a used car and drove 3000 miles to California and back.
He was a recognized leader, being president of both his high school class in Assumption and the Student Union at Illinois Wesleyan University, where he received his bachelor’s degree. He graduated from Garret Theological Seminary while serving as a student pastor. Bill led in many capacities throughout his life, in both the churches and the communities where he lived. Bill received his first appointment to a church in 1949. He married his college sweetheart, Anne Snyder, in 1950, and they remained happily in love for 70 years! He loved to tell the story of their honeymoon when they spent $8 for a week in a cabin on Fox River, IL. The two traveled the world at little expense for the rest of his life.
Bill was a devoted father to their three daughters, enjoyed his four grandchildren, and delighted in his five great-grandchildren. He presided at most of their baptisms and marriages, and taught them to pray, respect everyone, and work hard. Anne and Bill’s love and devotion to God and to each other remains a vibrant witness to all who met them.
He was known as an inspiring and powerful preacher. Bill served on many of the boards and agencies of the UMC and was a delegate to Jurisdictional Conference and the World Methodist Council on Evangelism. Throughout his career, he served the smallest and the largest church in the Illinois Great Rivers UMC Conference. In his 44 years as a pastor, he served at Center Henton, Hammond, Quincy Vermont Street, Ashland, Clinton, Monmouth, Moline First, Decatur Grace, and retired from Peoria First. He loved leading Bible studies and teaching people about prayer. He mentored many men and women in ministry. He touched the lives of many youth, taking them on mission trips and teaching them to water ski. After meeting the man who found the Dead Sea Scrolls on his first visit to Israel, he went on to lead 4 pilgrimages there. He received the Peter Cartwright Award for Evangelism in 2018. While at Decatur Grace, he was on television for 12 years leading worship and helped start many of the feeding programs of Peoria First. Bill was in ministry with some of the poorest and the richest people in the communities he served. He received his honorary doctorate from Wiley College in 1974 and worked his whole life for racial equality. He was thankful to have helped in the building of three churches in the US and several in Haiti. His faith was authentic and contagious. He loved music and appreciated those who created it. Two of his favorite hymns were “How Great Thou Art “and “Great Is Thy Faithfulness.”
Bill appreciated God’s creation and loved to travel to see the many wonders and people of the world. He led over 25 mission trips (5 of them to Haiti), visited all 50 states, and enjoyed camping with his family. In 1970, he and Anne built a cabin on Table Rock Lake, MO, making it their summer home after retirement. In 1993, they moved to Pine Island, FL to fish and enjoy the water. Both Bill and Anne loved to provide hospitality and hosted hundreds of folks from around the world. In some cases, they hosted guests for a great meal they prepared together; in others – including beloved exchange student Anita Gundi – guests became family and lived with them for years. Everywhere he called home, Bill made friends and offered his gifts of service.
Bill was a member of Grace United Methodist Church in Cape Coral, FL. He is survived by his beloved wife of 70 years, Anne Jones of North Fort Myers, FL; three loving daughters, Rev. Cynthia Jones of North Fort Myers, FL, Deborah Phillips (William) of Las Cruces, NM, Jan Ellen Morse (Jack) of Decatur, IL; four grandchildren, Elizabeth Settles (Byron), Rachel Jones, Julie Nalley (Brandon), and Jared Morse (Kara); as well as five great grandchildren, Benjamin Settles, Eden Nalley, Mackenzie Houston-Nalley, Eli Morse, and Eva Morse.
A Celebration of Life will be held at a later date. Details to be announced via www.MullinsMemorial.com.
Memorial Contributions in memory of Rev. Jones are suggested to The United Methodist Foundation, The Alain Rocourt Endowment, P. O. Box 3487, Springfield, IL 62708-3487 (https://www.igrc.org/alainrocourtendowmentfund) or the church of your choice.