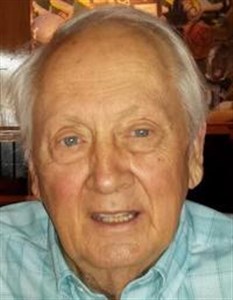 Jack Lamar Newsome passed away Saturday, May 23, 2020, three days before his 88th birthday.

He left behind and is lovingly remembered by Joan, his wife of 66 years; their children, Cyndi (John), Sara, Randy (Sue) and Curt (Michelle); and his grandchildren, Elisa, Will, Riley and Ross. Jack was beloved by all who knew him; his life and legacy serve as a daily reminder to live with kindness, charity and optimism for the future.

Jack was born near Atlanta, the son of Nellie and Clyde and younger brother of Milton. Tall, athletic and blessed with a quick wit, Jack — alongside his brother, his uncle Harold and cousin Robert — was the life of any family gathering.

From a young age, Jack had a thirst for knowledge and a strong desire to make the world a better place. An early supporter of the civil rights movement, Jack used his career as a minister to preach a gospel of acceptance and peace. Following his retirement and during his ongoing evolution on faith and spirituality, Jack never stopped connecting with people, employing his unique sense of humor and respect for all humanity to make fast friends wherever life took him.

Jack’s work fulfilled two of his greatest passions — connecting with people and helping those in need. From visiting and counseling inmates in nearby prisons to mentoring at-risk youth in his retirement, Jack was the embodiment of living one’s values. Perhaps most amazingly, he did it all with warmth and a natural grace, even in the face of often difficult circumstances.

We would all be well-served to remember how Jack lived his life as we go through these trying times. For daily reminders, we can look to the things big and small that brought Jack joy — a jogger striding down the road, a golden retriever dozing peacefully in a sunny backyard or a family seated around the table for a meal (preferably one with multiple dessert options).

In lieu of flowers, we ask that donations be made to the Preachers’ Aid Society and Benefit Fund (igrc.org/servicesofpasbf). A memorial service will be planned later this year at Faith Church in Champaign, where Jack served as pastor from 1973-1982.