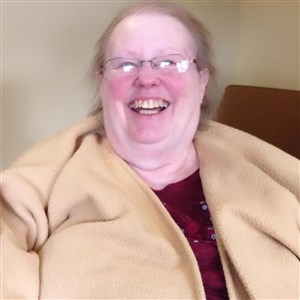 Janice Clyde (Hunt) Logsdon, age 70, a resident of the Regency Care Center of Springfield, Illinois, passed away on Saturday, June 18, 2020, at HSHS Saint John’s Medical Center in Springfield, Illinois after nearly two weeks in Intensive Care.
She was born on February 19, 1952, in Birmingham, Alabama to Verdo M. Hunt and Mary Kathryn (Johnston) Hunt. The wife of a United Methodist pastor, her church membership has followed her husband around the state and out to New York and back and there are many United Methodist churches who are proud to call her their own, whether her name is currently on their rolls or not.
She graduated from Grant Park (Illinois) High School in 1970, married the Rev. Dr. Thomas R. Logsdon on September 15, 1979, and they were blessed with three children – Julie, Ron, and Joel – two of whom are still living.
Janice did many things throughout her career, including working as a waitress, a machine operator in both a tool plant and a plastics factory, a middle school librarian, a university library assistant, a teacher’s aide in multiple schools, a newspaper reporter, a photographer’s assistant, a grocery cashier, a cashier and customer service representative for a department store, a Tupperware distribution warehouse worker, a customer service representative for an insurance company, a data entry and billing technician for a durable medical equipment company, and a church judicatory media technician, just to name a few, but she considered herself a United Methodist administrative assistant, having worked 7 years at the General Board of Global Ministries (New York City) and 5 more at the Illinois Great Rivers Conference (Springfield, Illinois), along with volunteering her secretarial, music, Christian education, and leadership skills in many local congregations.
She successfully completed School for License as Local Pastor in the mid-1990s and, while (by her choice) never appointed by a Bishop to a local church, she was a popular preacher in the former Northern New Jersey Annual Conference and preached monthly for a year and half at the First Baptist Church of Nyack, New York.
Janice was an award-winning counted cross-stitcher and took great joy in listening to and producing music, including playing the clarinet in high school, the piano for worship at the Grant Park and Illiana Heights United Methodist churches (where she met her husband), and singing in various church choirs, including Sweet Spirit of Lewistown, Illinois, and the Interchurch Center Choir of New York City.
She is survived by her husband the Rev. Dr. Thomas R. Logsdon, her daughter Julie (Andrew) Lynch, her son Ron (Shayne) Logsdon, her grandchildren Lexie, Stryker, and Brodie Burden, her sisters Karolyn Lambert and Lynda Daviera, her sisters-in-law Dee Ann Powless and Judy Logsdon, her brother-in-law Dale (Linda) Logsdon, and lots of nieces, nephews, great nieces, great nephews, cousins, extended family, and friends.
She was preceded in death by her parents Verdo and Kathryn Hunt, her son Joel Carmen Logsdon, her father-in-law James R. Logsdon, her mother-in law Mary Jane (Bollman) Logsdon, her brothers-in-law Curt Powless, Rich Lambert, Mike Daviera, and Fred Logsdon, and other loved ones far too numerous to mention.
Cremation rites have been afforded and a memorial service will be held at a later date at the Sugar Creek United Methodist Church in Chatham, Illinois where her son Ron serves as media director.