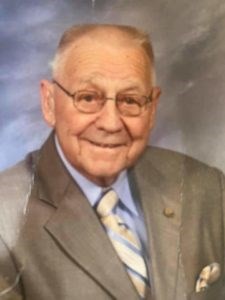 Rev. Weiss spent a lifetime as a minister serving United Methodist congregations in Central and Southern Illinois, as well as in Florida. He earned the love and respect of hundreds of parishioners.

Rev. Weiss loved his church, his God and his family. He was always quick with a helping hand and a smile for anyone he met who was in need, even if it meant had to do without. He and his first wife, Lorraine, were a team caring for the members of their churches and in lovingly raising their six children.

In addition to his first wife, he was preceded in death by his parents, a brother, the Rev. Gerald Weiss and a sister, Martha Weiss, two infant grandsons and a niece.

Graveside services will be held at 12:30pm on Wednesday, December 2, 2020 at Alto Pass Cemetery with Rev. Victor Long officiating. Mitchell-Hughes Funeral Home in Marion is assisting the family with final arrangements.

For more information, or to sign the memorial guest register, please visit www.hughesfuneralhomes.com.